Capnine is a protein created by bacteria, a protein which may bind to and antagonize (inactivate) the VDR. The secretion of capnine and substances like it fulfills an important evolutionary need for bacteria: to disrupt the innate immune response. 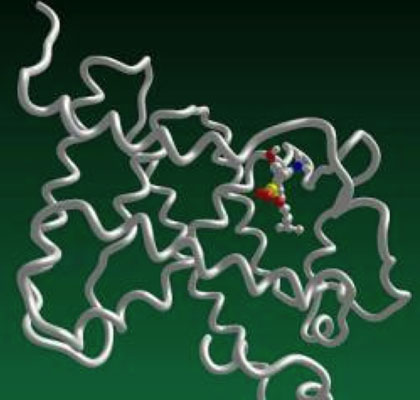 Studies have indicated that the dysregulation of VDR may lead to exaggerated inflammatory responses, raising the possibility that defects in Vitamin D and VDR signaling transduction may be linked to bacterial infection and chronic inflammation. Further characterization of Vitamin D/VDR will help elucidate the pathogenesis of various human diseases and in the design of new approaches for prevention and treatment.Jun Sun 14

Since the VDR is at the heart of the innate immune system, bacteria can survive by discovering how to disable it through a variety of different actions. Actions accumulate and are more powerful than individual actions.

In keeping with evolutionary theory, a growing number of substances and species have been shown to downregulate the activity of the VDR:

The following substances reduce the number of VDR, without which immune function is limited:

According to the Marshall Pathogenesis, pathogens’ production of ligands, which bind to and antagonize (inactivate) the Vitamin D Receptor, is one of the fundamental processes by which chronic inflammatory disease occurs. The consumption of other immunosuppressive substances also has an effect. 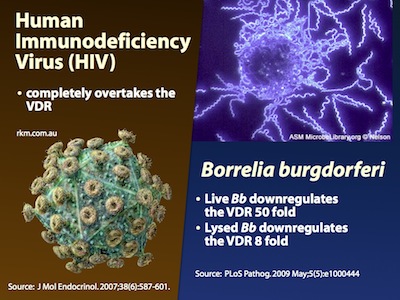 One promising area for future research is to fully characterize the breadth and diversity of proteins created by bacteria in infected cells.

The full article is at: